Check out our most recent news 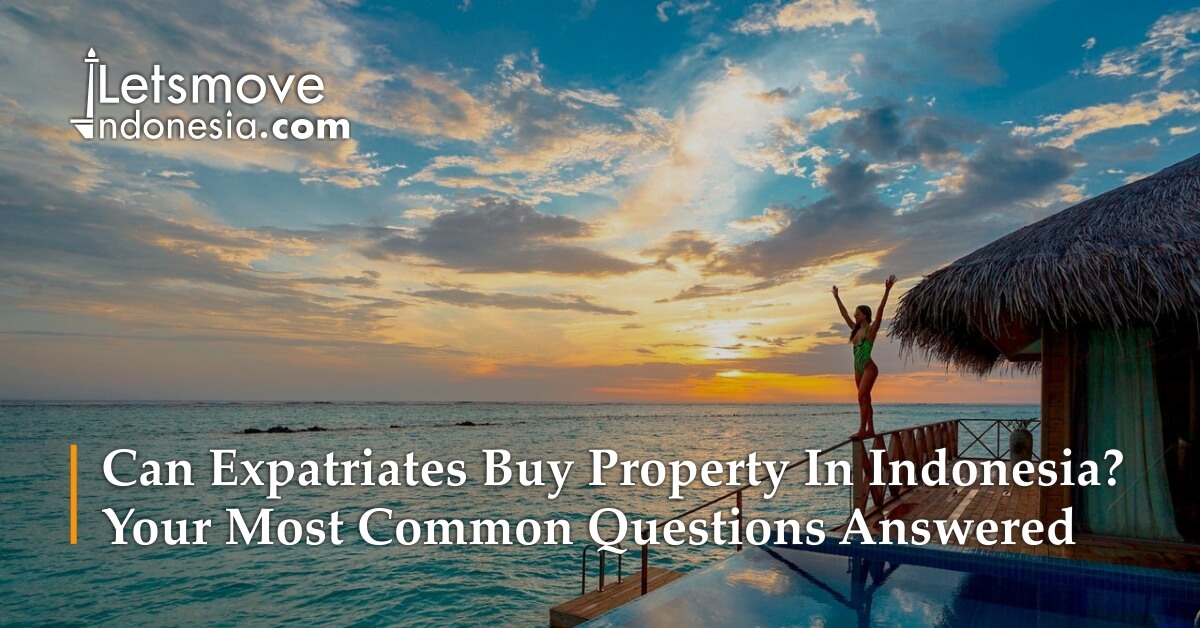 Can Expatriates Buy Property in Indonesia? Your Most Common Questions Answered

One of the most common questions expatriates ask is, “Can I buy property in Indonesia”. If you look online, there are several articles that answer this question, but with different regulations, opinions and changing times, it can prove quite challenging to find reliable information.

In this article, we speak to Richard Sugianto, one of LetsMoveIndonesia’s Legal Advisors who gives us the current run down of regulations about property law in Indonesia.

LMI: The most important question is, can expatriates buy property in Indonesia?

RS: Definitely yes! The Indonesian government has indicated it wants to increase the rate of foreign investments in Indonesia; therefore, they have made it possible for expatriates to buy properties.

LMI: What are the options?

RS: The only direct option for an expatriate to buy a property is through “Right to Use” (Hak Pakai), in which the legal document can be under the expat’s name. For buying a property with the Right to Use title, the expatriate is given a duration which can be extended according to the land category.

Furthermore, additional indirect options would be by owning a property under a business entity’s name in Indonesia, or by using an Indonesian’s name which is commonly known as nominee. 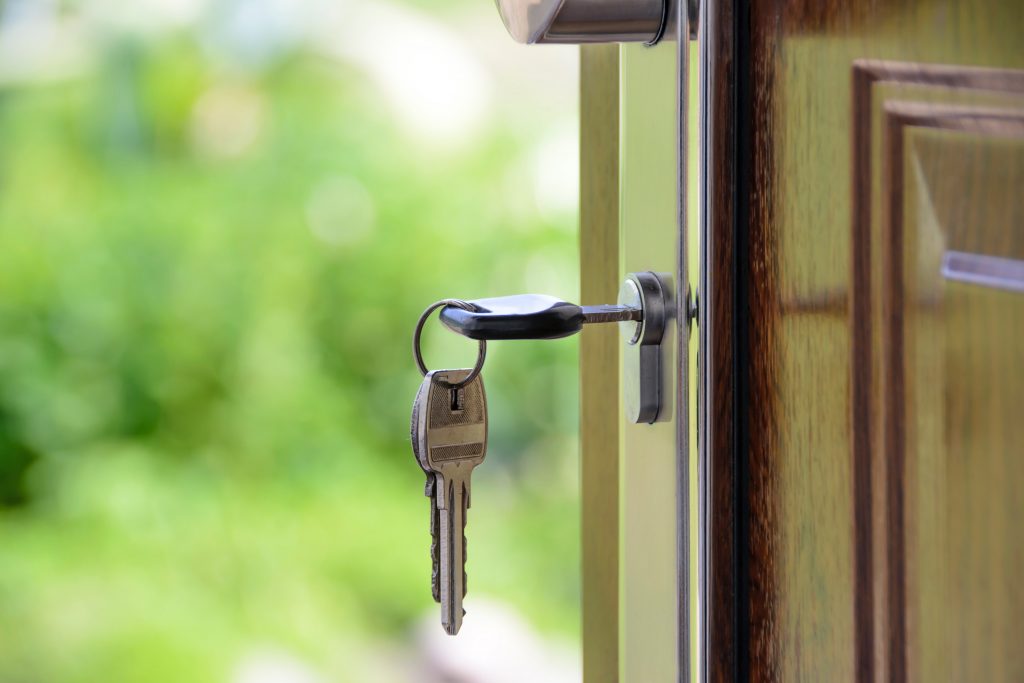 LMI: What are the regulations and rules regarding each option?

RS: Government Regulation No. 40 Year 1996 regarding Right to Cultivate, Right to Build and Right to Use states that foreigners are eligible for Right to Use. From Indonesian Agrarian Law, it is stated that Freehold Title (Sertifikat Hak Milik) can only be acquired by Indonesian citizens, in which it is legally the highest form of ownership.

Basically, expatriates will buy property that are on the land of either Indonesian individuals or legal entity and will be given the Right to Use as the legal standard. Based on Ministry of Agrarian Affairs and Spatial Planning/National Land Agency Regulation No. 29 Year 2016 (which hasn’t been amended as of now), there is a compulsory minimum value for an expatriate to own a house and apartment. For Jakarta, an expatriate may only own a house that has a minimum value of Rp.10.000.000.000 (ten billion rupiah), and an apartment that has a minimum value of Rp. 3.000.000.000 (three billion rupiah).

The other options such as ownership from spouse, nominee agreement or via a company entity do not have any explicit regulations currently stated.

LMI: Are the regulations likely to change in the future?

RS: This is highly likely, because Indonesia is a country based on Civil Law, which upholds written law as most of the main regulations implemented. Those written regulations are frequently amended based on certain conditions involved. The Indonesian government has also stated that they want to have more foreign investments in Indonesia which may also trigger changes in the current regulations.

LMI: Can expatriates get a mortgage in Indonesia and if so, what are the requirements?

RS: This is arguably a tricky question; legally, an expatriate can get a mortgage in Indonesia as stated in Ministry of Agrarian Affairs and Spatial Planning/National Land Agency Regulation No. 29 Year 2016. However, most banks would not issue loans to properties under the Right to Use; which is the only legally eligible option for an expatriate. Usually, banks would lend money for properties under the Freehold Title which is not legally eligible for an expatriate. The requirements would vary according to the mortgage platforms; however, having a KITAS would be compulsory. 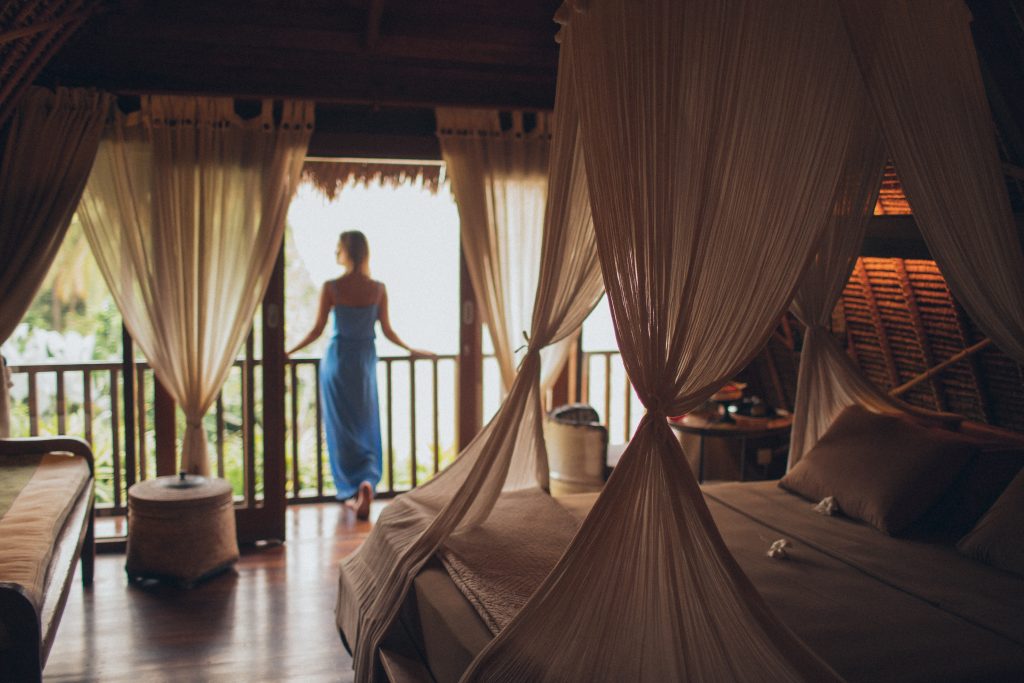 LMI: Are there any taxes involved when buying property and if so, what are they?

RS: There are no differences in the taxes involved with properties owned by expatriates or Indonesians.

LMI: If someone would like to sell their property, what are the costs involved?

RS: Expatriates selling their property with the Right to Use must be done with the involvement of Land Deed Officials (PPAT) which would issue a deed for the transition of rights to the new owner. Expatriates would also need to deal with a tax called BPHTB which would amount in 5% from the taxable value of the property.

Additionally, if you use a real estate agent, their commission would also need to be applied.

LMI: If you are married to an Indonesian, can you buy the property in joint names and in the unfortunate incident of divorce, what happens? Are there any precautions a foreigner can make to protect their assets?

RS: Expatriates married to Indonesian can still buy property using the Right to Use as the norm. However, the problem would be when the Indonesian spouse would buy a property after marriage.

The precaution for this problem would usually be a premarital agreement before marriage, in which even after divorce, the property owner status would fall under the name of each party.

LMI: If anyone needs more information or would like to know more, what can they do?

RS: If anyone needs any further information, they can contact me via email: richard@letsmoveindonesia.com

If you are looking to buy a new home in Jakarta and need assistance, please contact the LetsMoveIndonesia team, Jakarta’s Number 1 Expatriate Real Estate Agency. T: 021 300 297 27 E: info@letsmoveindonesia.com or visit us in our office in Bellagio Mall, Mega Kuningan! 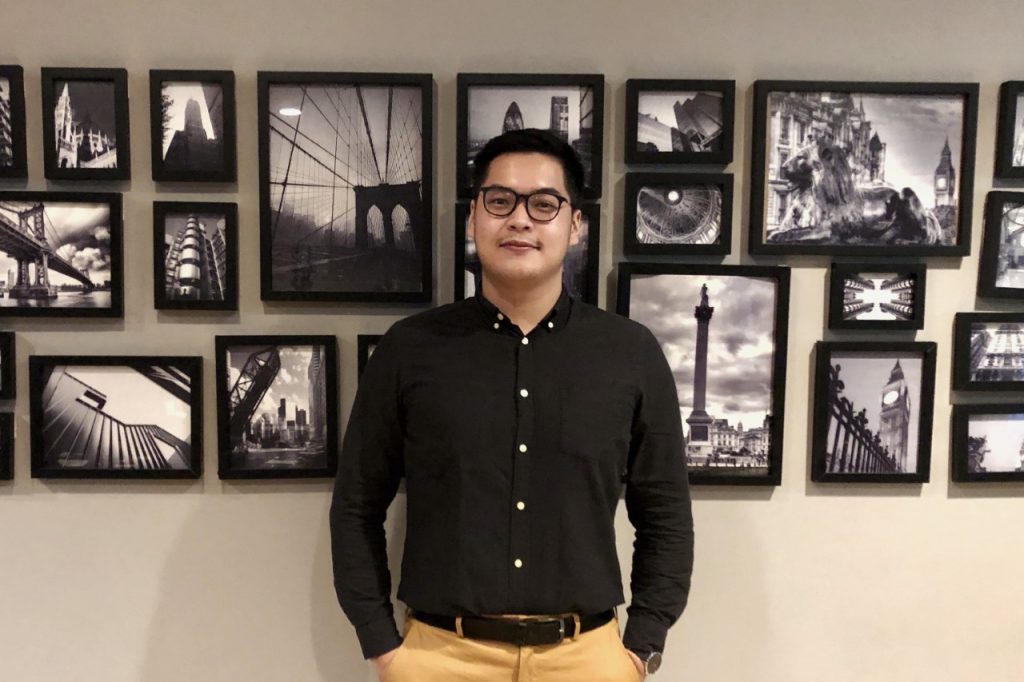 Richard Sugianto is a graduate of Law from the prestigious University of Pelita Harapan, specializing in Employment law as well as applicable laws for foreign workers in Indonesia. Since joining LetsMoveIndonesia in 2019, he has successfully assisted hundreds of expatriates obtain their stay permits within Indonesia.

Like what you read? Then check out these other useful property guides about Jakarta!

LetsMoveIndonesia’s Top Ten Apartments to live in in Jakarta! (Part 1)

Get Your Free Consultation 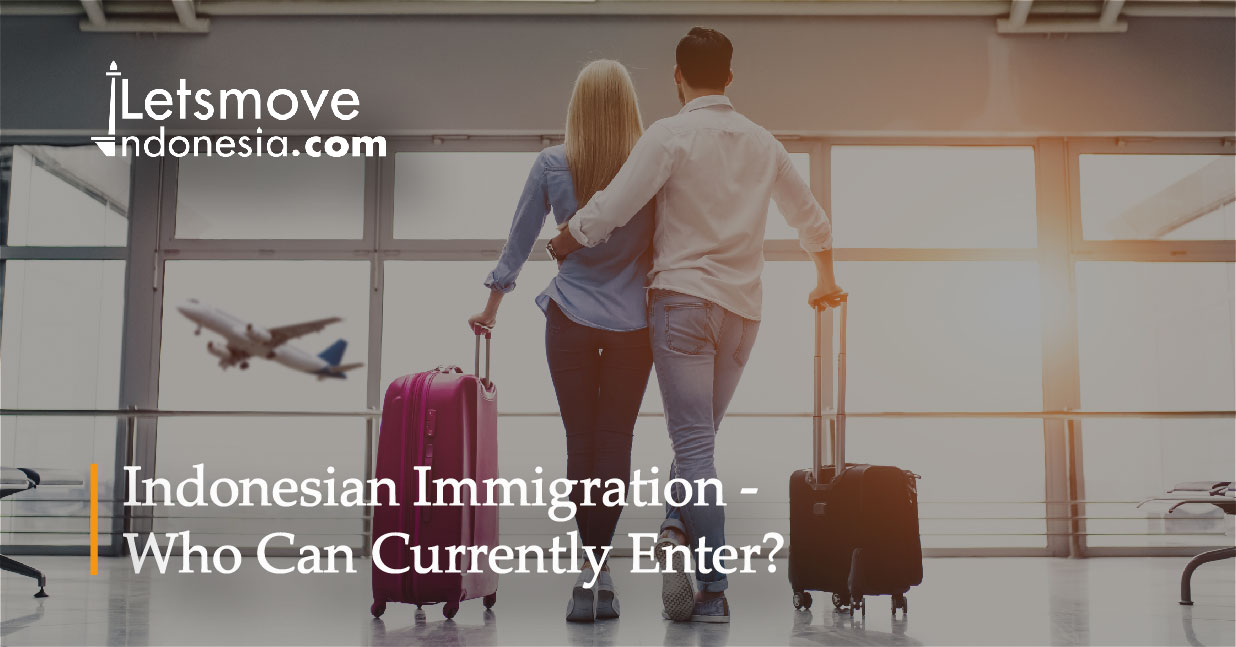 The Indonesian Immigration situation as of late been exceptionally confusing. Announcement have been made, pulled, 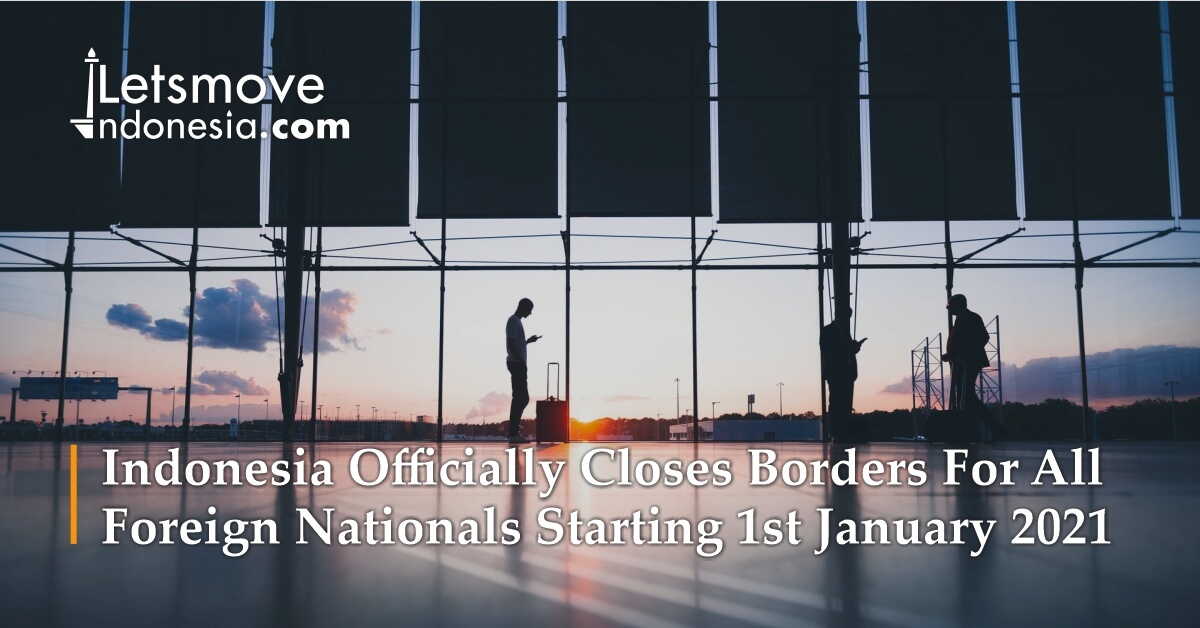 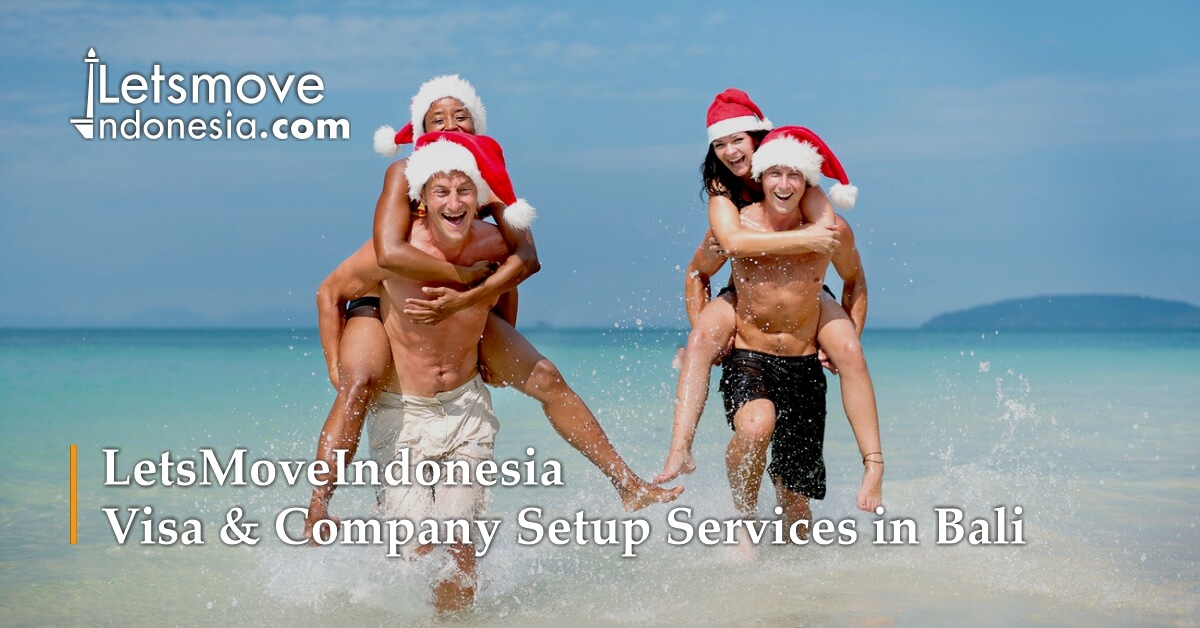 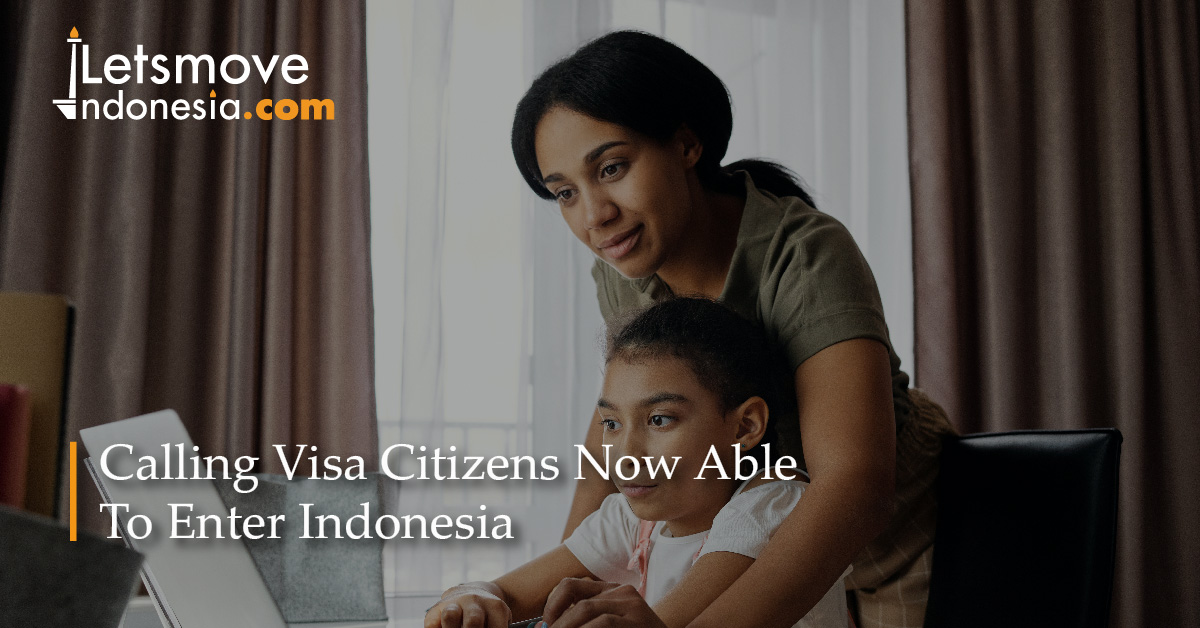 On 23rd November 2020, The Indonesia Immigration Authorities made it possible for Calling Visa citizens

The New E-Visa Everything You Need to Know

The New E-Visa Everything You Need to Know 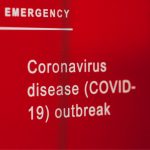